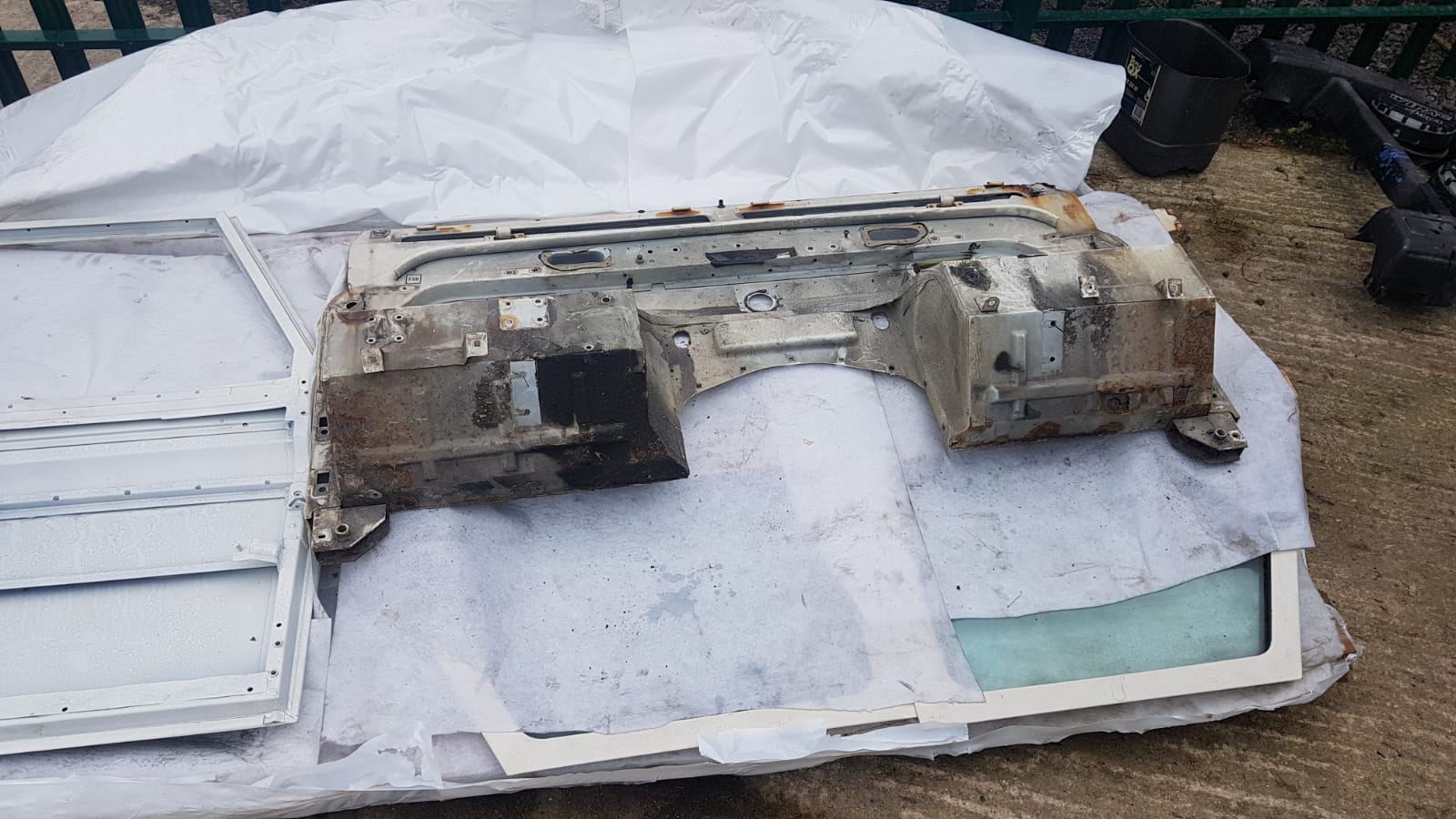 Image 6 of 6
Needless to say, she was a Land Rover in need! When we looked at the bulkhead that had been supplied and half fitted it was clear that we were going to have a lot of trouble getting it in and lined up. We tried to straighten it out (albeit in a bit of a caveman fashion using straps) but it was just no use. It was a “refurbished” and galvanised bulkhead but the quality of the repairs were of a very poor standard and we really wouldn’t have been doing right by the customer or the Defender herself if we’d have carried on and fitted it. Not only that, it had been painted and was in a poor state (no prep had been carried out so the paint was peeling off in sheets). 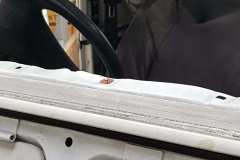 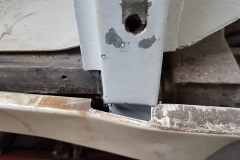 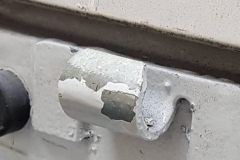 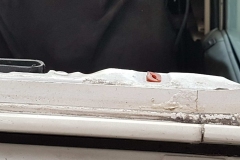 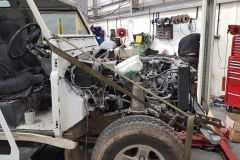 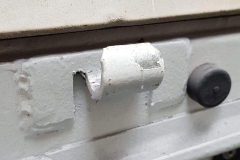 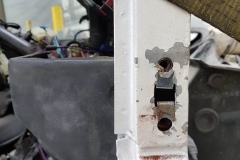 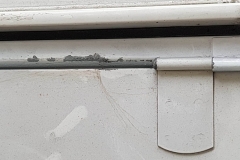 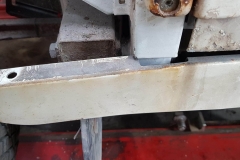 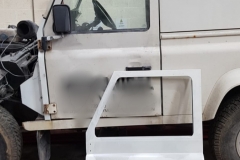 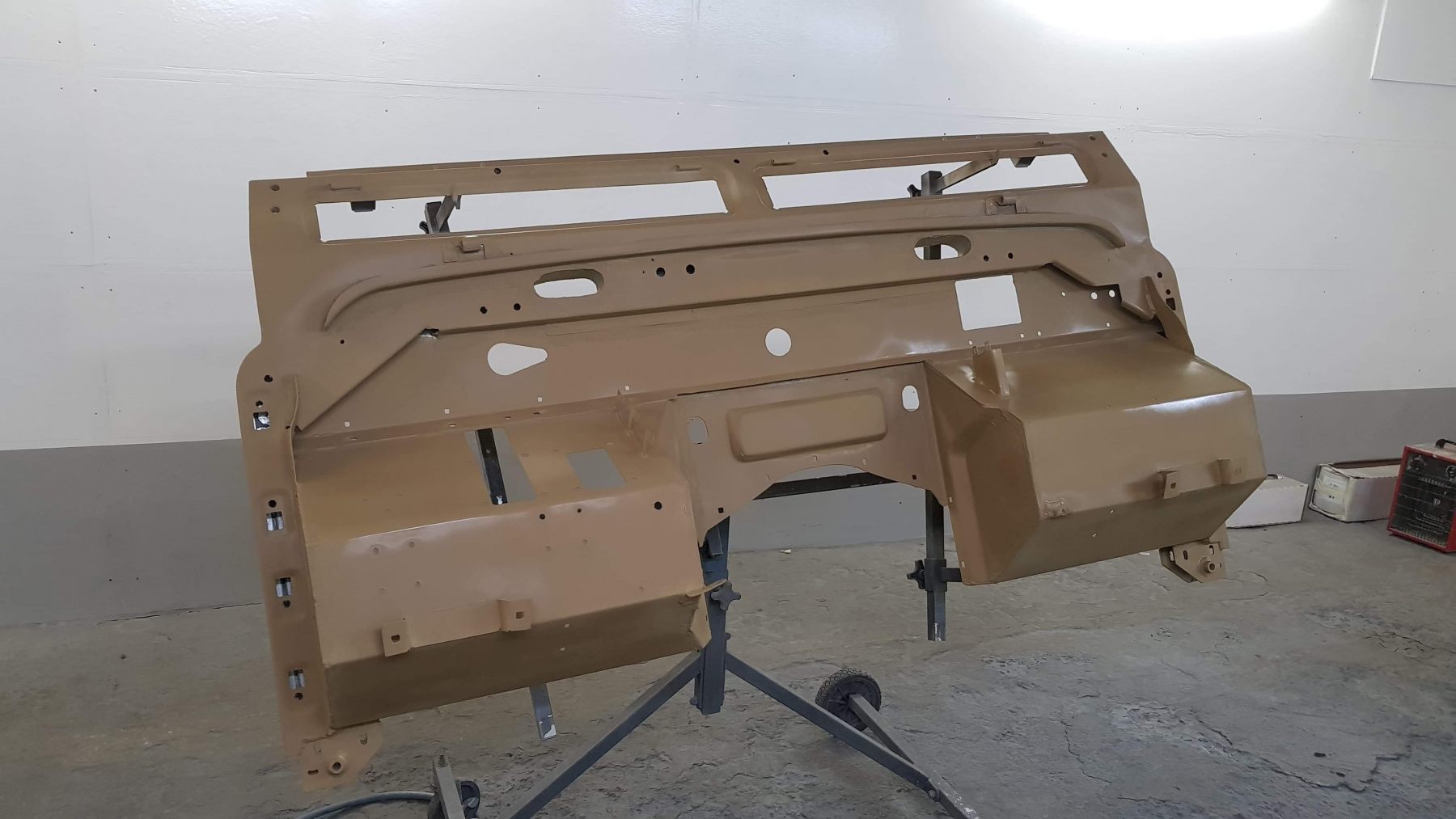 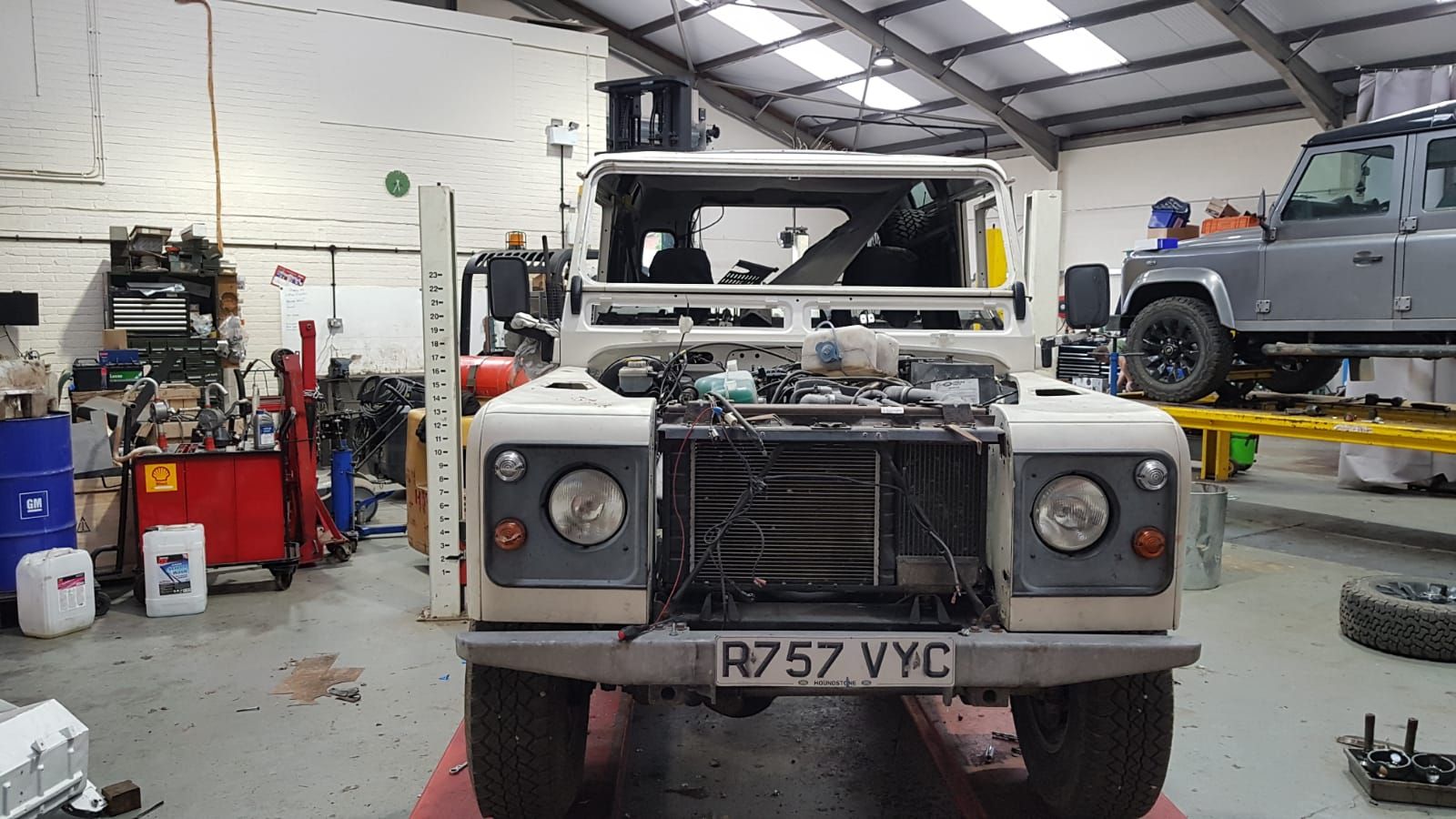 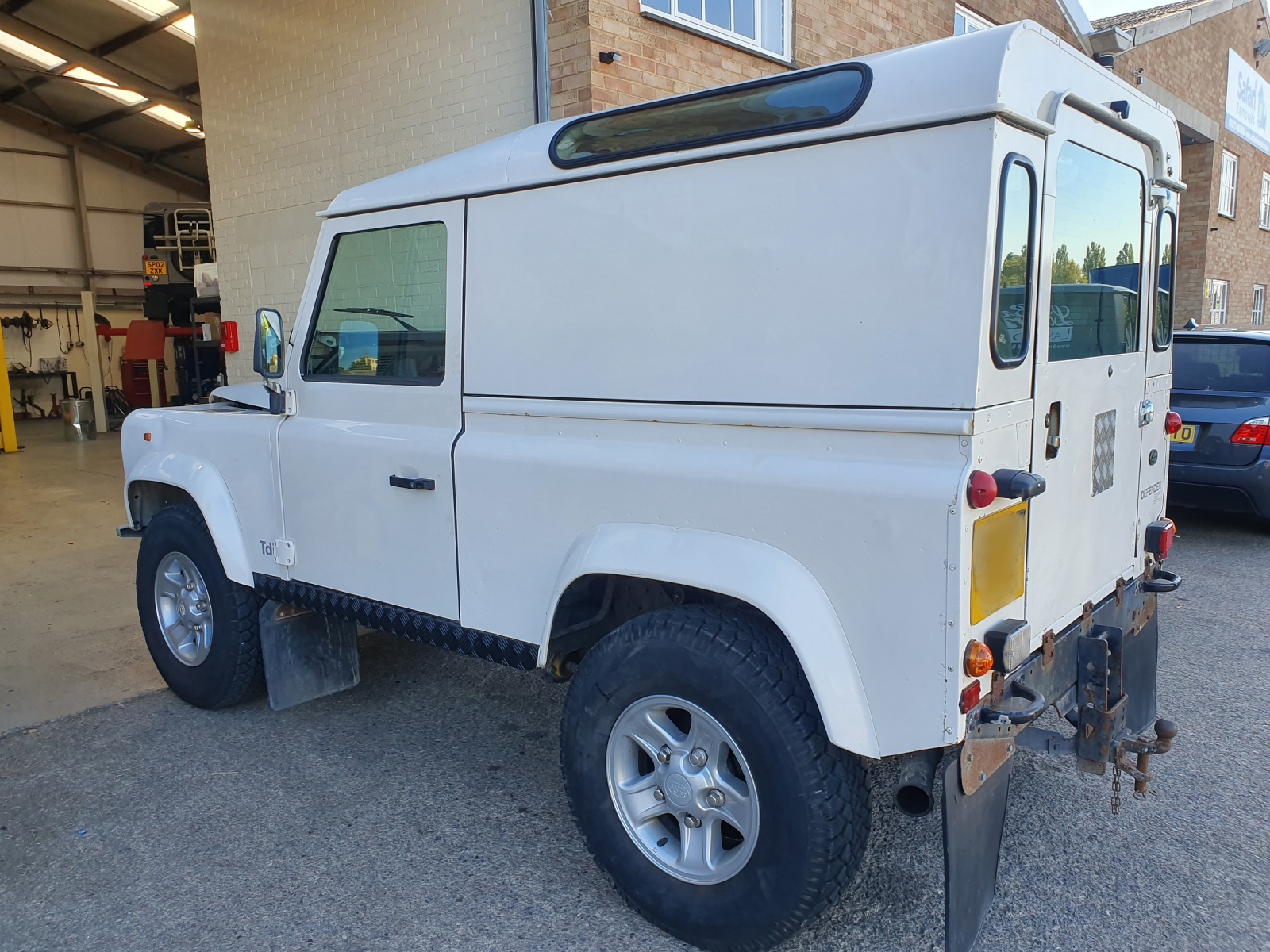